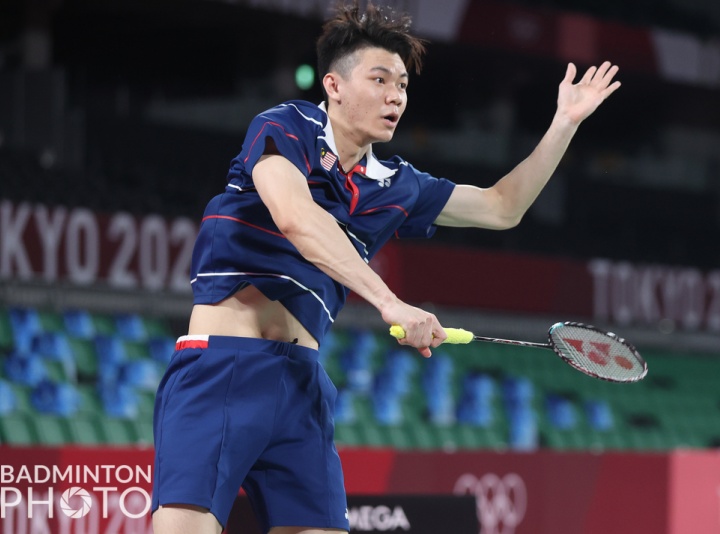 WEDNESDAY , 28 JULY 2021
TEXT BY BAM STAFF
National shuttler Lee Zii Jia swept to a convincing victory in his final men’s singles group stage match tonight to set up an exciting battle with defending champion Chen Long of China in the Round of 16.

Zii Jia, ranked eighth in the world, outplayed his French opponent Brice Leverdez to claim the top spot in Group M and secure a place in the next stage of the competition. Leverdez started strong in the first set but Zii Jia caught up and stormed away to a 21-17 win. The Malaysian was fired up in the second and breezed past his opponent 21-5.

Earlier in the day, Soniia Cheah turned in a brave performance in her women’s singles Group N match against the fifth seeded Ratchanok Inthanon of Thailand but was unable to advance to the knockout stage.

Soniia surprised Ratchanok with a stunning first set, winning 21-19. The Thai star and former world champion however bounced back and shot to an 8-1 lead before going on to level the score at 21-18. Soniia tried hard in the decider but an injury to her ankle midway disrupted her rhythm and saw her lose the set 21-10.